These stone cottages had clearly been suffering from damp for a number of years. They had been re-pointed externally in cement based mortar, which was falling off, allowing damp to get into the walls.

Inside, they had been plastered with gypsum based plaster, which again was not breathable, so moisture was trapped in the walls. This made them cold, which encouraged condensation and made matters even worse. The plaster was literally falling off the walls.

The previous owners had tried to solve the problems by coating some of the worst areas with a resinous damp proofing compound. This hadn’t helped but was extremely difficult to remove, as hammers just bounced off it! 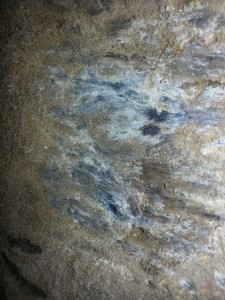 We eventually managed to remove most of the resinous material, as well as the cement pointing and of course the gypsum plaster. Inside the wall, we found an interesting selection of sticks and dead birds! 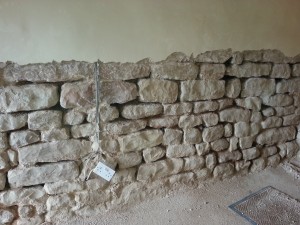 We then re-pointed with lime mortar and re-plastered with lime plaster, allowing the walls to breathe. The walls were painted with Earthborne clay paints, which are significantly more breathable than most modern supposedly breathable paints.

One wall was left exposed for that rustic feel. 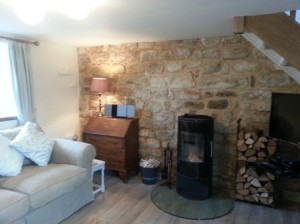