This is the house featured on the “Restoration Home” episode, Abbey Lane. The lovely timber framed cottage was thought to date from Tudor times, but had never been listed. 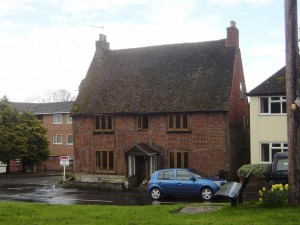 The cottage had undergone some very strange “repairs”. Large areas of the house, both inside and out, had been coated in concrete, some time in the twentieth century. The idea was presumably to strengthen the structure, but it had had precisely the opposite effect. The cement had prevented the timber and brickwork from breathing, so they were sopping wet. The bricks were crumbling and the timber was rotting.

The panels that sit within the timber would originally have been wattle and daub. However, some time in the twentieth century, they had been replaced with bricks, pointed with cement. This was causing very serious problems.

We completely gutted the house, removed the cement render and twentieth century brickwork, and provided support for the house. Sadly, the timber frame was very damaged, and some of the timbers were beyond repair.

The timber was elm, rather than oak. Elm would have been very common and cheap in this part of Warwickshire in the sixteenth century. But elm is more prone to rotting than oak. Some couldn’t be salvaged, but some were rotten just at the ends and could be repaired. Traditional methods were used, such as using wooden pegs to hold joints together.

The brick panels were replaced with breathable fibreboards edged with caulking. 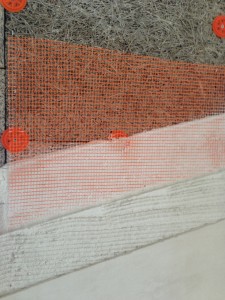 A layer of sheepswool insulation was added inside, covered by plasterboard.

The outside was plastered with three coats of breatheable lime plaster. 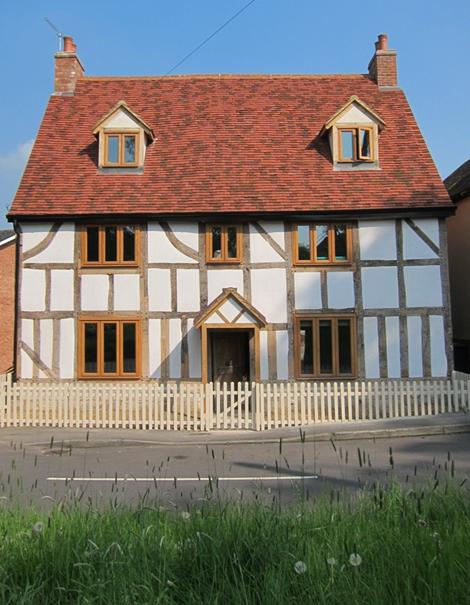